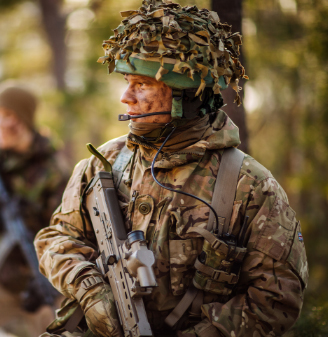 Some interesting research from King’s College London has suggested that the conflict in Iraq and Afghanistan may have led to an increase in the rate of Post-traumatic stress disorder (PTSD) rates in members of the UK military and Armed Forces.

The findings are from the third phase of a major cohort study by King’s College London, which has been running since 2003 and is funded by the Ministry of Defence (MoD).

The rate of PTSD among the civilian population is about 4%.

The lead author of the study, Dr Sharon Stevelink of the Institute of Psychology, Psychiatry and Neuroscience said: “For the first time we have identified that the risk of PTSD for veterans deployed in conflicts was substantially higher than the risk for those still serving. While the increase among veterans is a concern, not every veteran has been deployed and, in general, only about one in three would have been deployed in a combat role.”

The researchers said one reason PTSD could be more common among veterans of the armed forces is because personnel who were mentally unwell were more likely to leave the armed forces.

Stevelink said: “We have been talking more and more about mental health, so veterans may feel more confident to come forward and say, ‘actually I’m struggling with my mental health and I need to get some care.’”

The findings of the report were based on questionnaire responses from more than 8,000 current and former members of the armed forces, have been published in the British Journal of Psychiatry.

Are you suffering with PTSD?

The lawyers at Nigel Askew Solicitors have seen a large increase in the number of current members of the military and ex-military personnel contact us over the past 12 months, for legal advice relating to claims for Post-Traumatic Stress Disorder.

If you or a loved one is suffering from any of the symptoms listed below, then please get in contact with us for a free and no obligation assessment of your personal circumstances;

Not only do we understand the complex legal issues involved in making a claim for compensation, we understand the emotional issues too and recognise you may have questions for us before you are ready to start the claims process. We offer all clients a free initial consultation and will aim to answer all of your queries. We are here to help you.

We are experts in personal injury litigation and have acted for hundreds of clients in claims for compensation. Our friendly solicitors have over 20 years of experience so understand the complex legal issues that arise in military related claims for personal injury, including claims for PTSD.

From our offices in central Louth, in Lincolnshire, our solicitors will work as hard as they can to win your claim and achieve justice on your behalf.